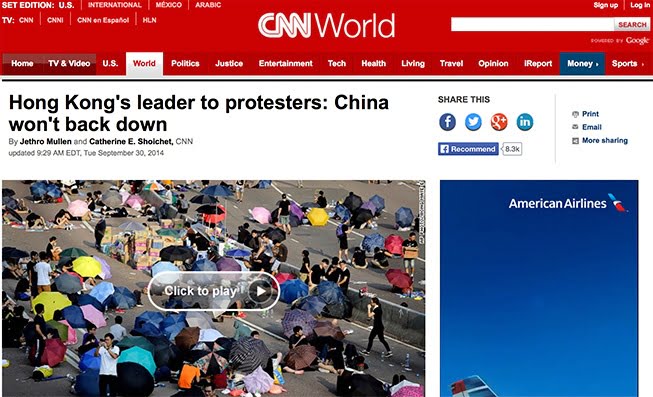 Words in the news: Brace

Hong Kong (CNN) — Thousands of demonstrators bracing for the possibility of a police crackdown stood their ground in the heart of Hong Kong on Tuesday.

Protesters had masks, protective goggles and plastic raincoats on hand as they camped out on the main thoroughfare leading into the city’s central business district.

“They’re all ready just in case there is any sort of move by the Hong Kong police,” CNN’s Andrew Stevens reported.
It’s been more than a day since officers fired tear gas and pepper spray at the crowd.

At least 56 people have been injured so far in the largely student-led protests, which flared into violence starting Sunday, a Hong Kong government spokeswoman said.

The head of the Hong Kong government urged protesters to clear roads Tuesday, saying they are impeding any emergency vehicles that may need to pass.

To brace is to prepare or position so as to be ready for impact or danger.

1. Union members braced themselves for a confrontation with management.

2. Police were braced for a showdown, politicians had warned protesters to cool it.

3. Apple Store in Boston has sandbags out as they brace for Irene…you know, just in case it rains.