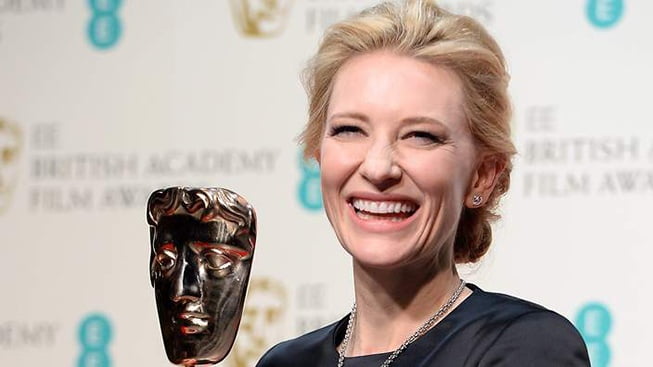 A few days ago, several movies had been announced to win the EE BAFTA Awards, like Gravity, American Hustle, 12 Years a Slave and Great Gatsby. So what is the EE BAFTA?

According to the Wiki, the BAFTA stands for British Academy of Film and Television Arts, which is founded in 1947 and is an independent charity that supports, develops and promotes the art forms of the moving image – film, television and games. In addition to its annual awards ceremonies, BAFTA has an international, year-round programme of learning events and initiatives offering access to talent through workshops, masterclasses, scholarships, lectures and mentoring schemes in the UK and the USA.

By the way, what is the EE here? Haha, that is easy to understand, and it is just the title sponsor of the BAFTA.

Finally, I got the BBC short news report here as follows:

Hello, on The Film Programme, as the BAFTA Television coverage comes to an end, we now know who won what. I’ll be discussing the results with critics Robbie Collin of The Telegraph and Catherine Bray. Later you can also hear about two films, not in contention for the awards, but open in cinemas this weekend, Spike Jonze on his futuristic smart romance, “Her”, and Grant Heslov on his World War II venture with George Clooney, “The Monuments Men”. But the winner of the night at the EE BAFTA Awards with six BAFTAs including Outstanding British Film, and Best Director was…

Sandra Bullock and George Clooney in “Gravity” there. Now “Gravity” won six awards this evening, “American Hustle” three, “12 Years a Slave” two, and “Great Gatsby” two. So Catherine Bray, Robbie Collin here in the studio, is there any indication the number of those awards of the sort of a, you know, the overall winner of the night?

We now, I mean, I was slightly disappointed that “12 Years a Slave” didn’t win more because I think it’s such an obviously important and significant piece of filmmaking, but then you can’t flip that around and say, you know, given that, does it really need shiny baubles? I mean that’s a film that people are still going to be talking about and watching in 50 years. And I really think sort of it not winning Best Visual Effects or something isn’t really going to impact on that.