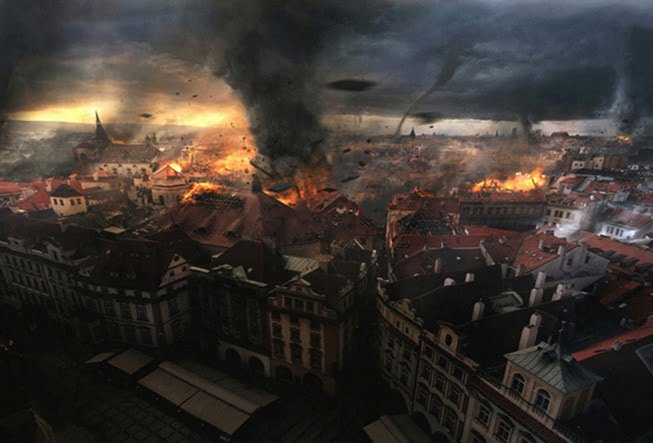 Fires are destructive. They also create changes. In 1871 a fire burned most of Chicago to the ground. Many people think the fire was started when a cow knocked over a gas lamp. Most of the city at the time was built of wood. This, combined with the famous Chicago winds and a drought, made the city burn down quickly. The fire lasted for three days. 100,000 people were left homeless, and at least 300 were killed. What was amazing was how quickly the city was rebuilt, eventually becoming the third most populous city in the United States.