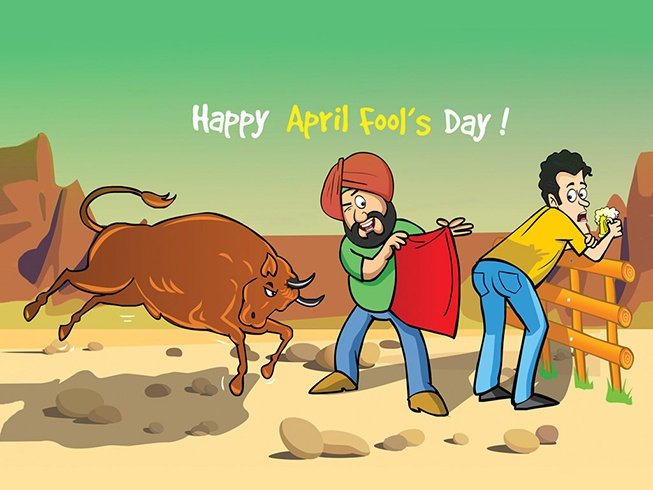 At the last day of this April, I briefly introduced the April Fool’s Day because everyone in the world knows it now. And maybe later in the future, I will continue posting some articles about the famous hoaxes in details.

April 1st is the day people try to trick their friends, to make them behave like fools. Ranging from the elaborate practical joke to the obvious Your zip’s undone. If you fall for a prank, the joker gloats “April Fool”. No one is exempt until noon, but after that the joking must cease or the prank rebounds on the joker with the rhyme “April Fool is gone and past, You’re the bigger fool at last.” A favourite joke is to send someone on a fool’s errand, a search for something that does not exist, a friend of mine was sent to buy tartan paint once.

In Britain, fooling at this time of year has gone on for centuries, however the origin of the custom still remains obscure. There are several theories to account for it.

One theory is that in Europe, until the sixteenth century, March 25th, the first day of the Vernal Equinox Festival, was New Year’s Day. On April 1st, the last day of the festival, people used to give presents to one another. In 1564, Charles IX, the French king, adopting the Gregorian calendar and fixed January 1st as New Year’s Day. Those who were against the revision continued to express their complaints by giving presents or paying New Year’s visits on April 1st. In the following years, these traditionalists who insisted on celebrating the New Year at its old time were mocked as fools and people would play pranks and tricks on them and called them ‘Poisson d’avril‘, meaning April Fish. This must have been so much fun that it spread all over the world and people played tricks on everyone, not just the people who didn’t accept the new calendar.

Other people say it’s just a continuation of a festival in honour of the Celtic god of Mirth but most popular belief is that it’s a reaction to the change in season and the start of spring. Whatever its origin, making fools of people on this day remains one of the most flourishing of all British customs.

In Scotland, for example, April Fool’s Day is actually celebrated for two days. The second day is devoted to pranks involving the posterior region of the body. It is called Taily Day. The origin of the “kick me” sign can be traced to this observance.

Even the television stations and newspapers get in on the act.

Some of the more famous April Fool’s include.

Some companies get in on the act too – BMW run a spoof advert every year.

Even the most serious Brits can’t resist, the British magazine, New Scientist, often puts April Fool articles in their issue near the 1st of April. The rest of the magazine would have the correct date at the top of the page, but this page would have “1 April” at the top.

Basically don’t believe anything you read, hear or are told on April 1st!