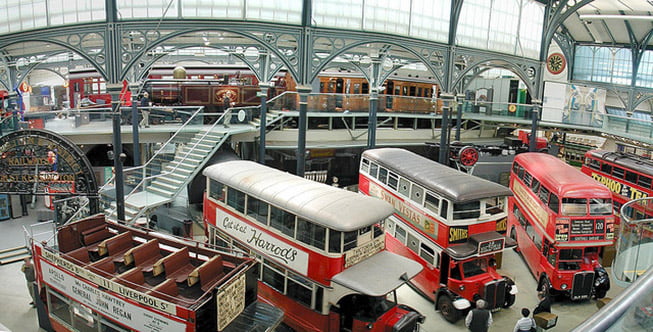 Being an international city, London has some of the world’s most advanced transportation system. It is the centre of road, rail and air networks in the United Kingdom. Despite the advancements, however, it has also retained its traditional vehicles such as the double deck buses that travel around the city.

A visit to the London Transport Museum is the best way to learn about the city’s transport heritage. Situated in the Covent Garden Piazza, its permanent location, the museum showcases old vehicles preserved since the 1920’s. From a small collection of two Victorian horse buses and a motorbus, the collection has grown to include all modes of transport such as bicycles, taxis, trams and river vessels to art (posters, films and photographs) and design works.

The museum’s main objective is to relate to visitors the evolution of the city’s transportation system from the past to the present and even up to the future. Different exhibitions are in place with themes such as public transport at war, London’s massive expansion in the 20th century and world city comparisons.

A library is also available providing valuable research materials plus a museum depot which stores more than 370,000 items not displayed at the Covent Garden building. The depot, however, is open to the public only during special events.

For this year 2013, heritage vehicle runs and other exciting events are lined up to commemorate the 150th anniversary of the London Underground entitled Tube 150. It was in January 1863 when the world’s first underground train made its first journey beneath London’s streets from Paddington to Farringdon. In its first six months alone, the train accommodated some 26,000 passengers.

Worth noting here is the fact that the London Transport Museum goes beyond merely displaying artifacts and transportation collections. Inside are shops where souvenir items such as posters, gifts, clothes, toys and vintage house ware can be purchased as well as a café and bar at the Upper Deck that offers snacks and drinks.

This popular tourist attraction is open daily starting at 10 a.m. except on Fridays which opens at 11 a.m. Individual tickets can be purchased but large groups can avail of lower fees. Guided tours are offered as well.

If visiting London is not possible, learning about this historical museum and the city’s different modes of transport can be done through its website. The site provides comprehensive information covering everything you’d like to know from the history and collections to upcoming events and activities. A blog is also available where visitors can get updates on the museum’s activities, people and other valuable details.