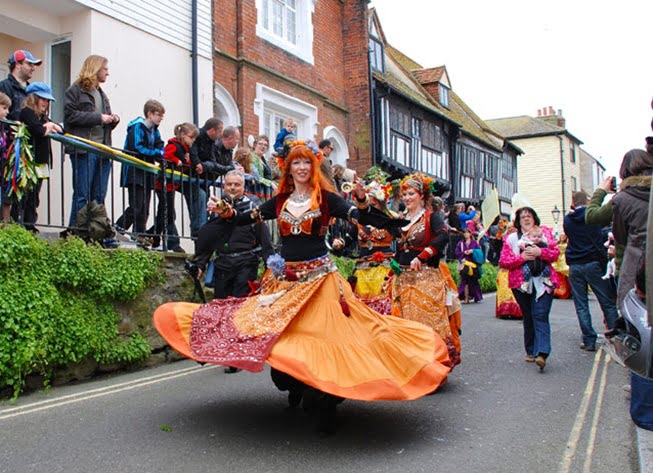 May Day in England may mean two things – celebration of the International Workers’ Day and the traditional festivity that celebrates springtime fertility. Between these two, the latter is identified with May Day festivity because of the activities incorporated in it. One of the more popular among these is the Morris Dance.

Those who are familiar with it will associate it with rhythmic stepping, choreographed dancing, colorful costumes, and different implements that include bells, swords, sticks, and handkerchiefs. This English folk dance is said to date as far back as 1448 although the earliest records of it was placed only in the later part of the 15th century. It is not however an activity performed only by the English since there are other countries that have their own Morris Dance teams. Still, it remains closely identified with the English culture.

The dance name as it is presently known has evolved from several earlier names including Moorish, Morisk, Moreys, and Morisse. It was the working peasantry who has traditionally participated in English Morris dancing. There are at least four teams who claim that they were able to continue the tradition uninterrupted in their family line. The biggest revival for the dance happened in the early part of the 20th century.

Morris dancing has six styles considered predominant in light of the numerous styles developed through the years. These include Cotswold, which uses sticks and handkerchiefs, the military-style Northwest, the more vigorous style of Border which is often done with blackened faces, the Rapper Sword Dancing, the Longsword Dancing, and the parodic Molly Dancing. Music accompaniment is usually provided by a fiddle or a pipe and tabor, although the most commonly used instrument at present is the melodeon.