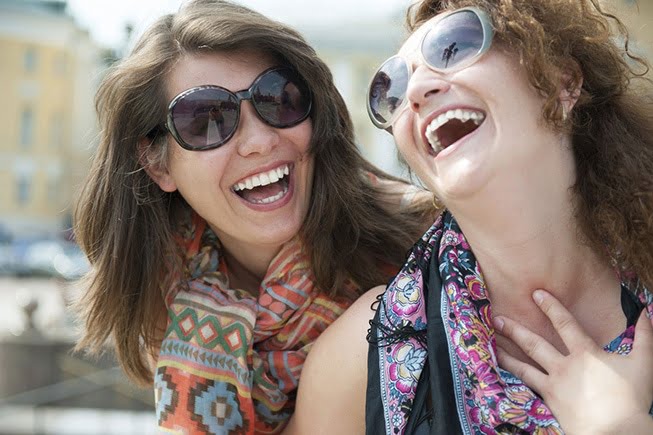 Are you having a laugh?

To many people, the English have apparently been laughing at themselves for yonks. They just love laughing at their very own foibles. Some say it is because they have been pompous for such a long time and as such become so self-important that they have a strong sense of their own ludicrousness. Maybe it is just a way to overcome their habitually social awkwardness.

To me, their sense of humour is among the few English traits that they are willing to boast about. However, being able to laugh at themselves is merely one of its various characteristics. The most recent statistics have shown the English are laughing less now than in the past few decades. Some reckon their renowned sense of humour might be facing extinction. Well, nobody can give a precise answer to that question.

Laughing has undoubtedly always been a vital part of the English society. I know for a fact that they laugh a lot and do not take things too seriously unless necessary. Many English people I know have confirmed my belief. I also love it that they mostly laugh about themselves as I myself am doing that all the time as well.

As far as I’m concerned, the English as a nation are still among the funniest in the whole bloody world. Personally I reckon it’s all down to the unpleasant weather conditions they have to deal with. As one can guess, the best way to cope with this is with a simple smile on the face.

The English can do this because they are renowned as an extremely amiable and hilarious nation, keen to use jokes as simple icebreakers for instance. Their television channels, the BBC in particular, and also Channel 4 have put an awful lot of effort and resources into cultivating their comedy scene for donkey’s years.

The English are fortunate in that their comedy scene is the envy of the world, and it is something they are also very proud of. The sit-coms on TV and the ordinary people who get through the day with their globally famous humour make such a perfect combination.

As a foreigner, I have to say that I really love the English for their ability to laugh at themselves and make a complete joke out of the most sombre possible situations. This absolute quality goes together with their attitude of not caring too much what other people may think about them.

This is definitely what the English are well-known and respected for, even though they are now and again also misunderstood for abroad. It is also such a common thing to all Englishmen and goes together with a down to earth attitude towards the world and a firm respect for distinct peculiarity.

Having said that, I must admit that the English sense of humour is simply legendary and is therefore something they should always be remembered for. I also reckon that without their incredible sense of humour it would be inconceivable they could ever tolerate their useless government. What do you reckon?