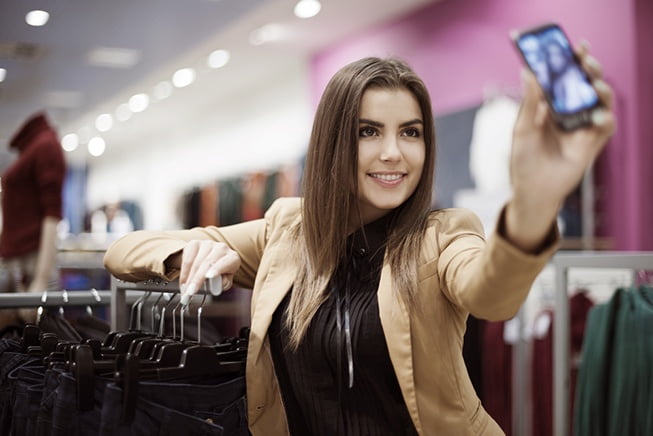 The self-portrait is nothing new. Painters and photographers have always used themselves as subjects. Today, however, almost everyone walks around with a camera in his or her pocket. This is because most cell phones have cameras on them. The fact that most people have cell phone cameras with them all the time has led to the rise of the selfie. A selfie is a self-portrait usually taken with a cell phone.

Since the pictures are usually taken on a cell phone, many people tend to share these photographs with friends and even strangers on different social networking websites. Some of the popular social networking platforms people use to share selfies include Instagram, Snapchat, and Facebook.

The most common way to take a selfie is by holding a cell phone at arms length. Some people take selfies by taking a picture of their reflection in a mirror. In these pictures, you can usually see the phone the person is taking a picture with. Selfies taken using a mirror often are taken in a bathroom, which some people think is offensive. The bathroom is a very private place, not a place to take pictures.