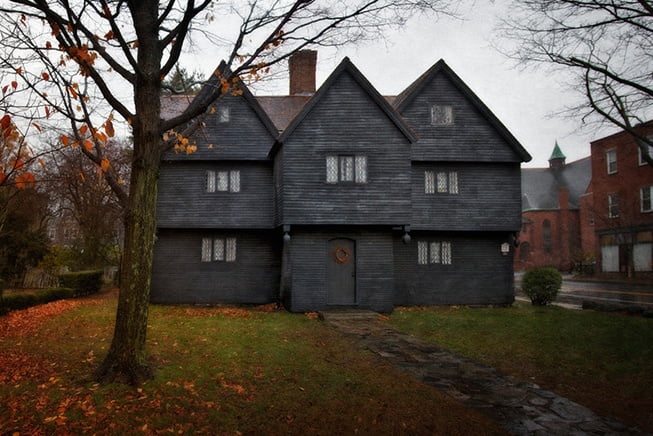 Salem in the state of Massachusetts is called the “Witch City”, but don’t be afraid. There aren’t women wearing pointy black hats riding around on brooms. The New England city is called the Witch City because of an infamous set of trials that happened there in 1692 to 1693. At the time, the city was just a town in the British colony of Massachusetts. The Salem Witch Trials accused more than 200 people of being witches. People believed witchcraft was real and was criminal. Among the accused were women, men, and even children. Nineteen people were sentenced to death. They were all hanged. One of the accused was tortured with heavy rocks being placed on him until he was crushed underneath the weight. Seven others died in jail.

There was never any proof that those accused, and convicted were really witches. Historians think that people would accuse people because of family feuds. Other historians think that a domino effect occurred, with people becoming hysterical after one accusation. Fear of witches spread like a disease.

The Salem Witch Trials have become a part of the city’s history. “The Crucible”, a play about the trials by Arthur Miller, has been turned into a movie. The city is not ashamed of its past, but rather uses it to teach tolerance and earn some tourist dollars. There is a memorial dedicated to the innocent people who died because of the witch-hunts. There is a “Witch Museum” that tells the story of what happened. Many people visit Salem around Halloween. Salem police cars have witch logos. A local public school is known as the Witchcraft Heights Elementary School, and the Salem High School sports teams are named the Witches. Films and television shows featuring fictional witches have been filmed in Salem, including “Hocus Pocus” and “Bewitched”.