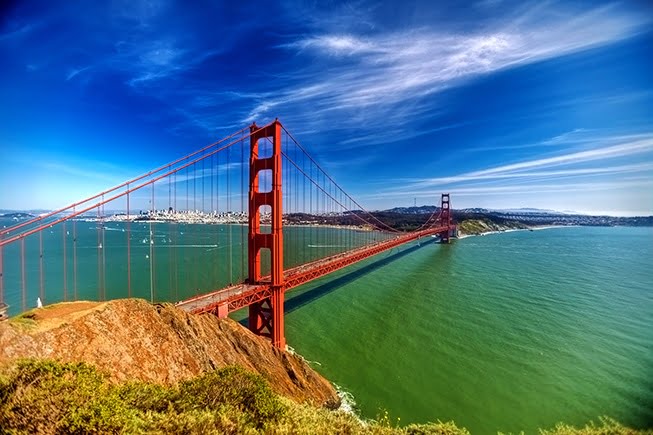 It is perhaps the most iconic and recognizable landmark in the entire United States. Construction on the bridge began in 1933, while the country was deeply mired in the Great Depression. Many people think the bridge was, in large part, responsible for the country’s economic recovery because of the number of workers employed. The material used to build the bridge also contributed to the manufacturing, distribution, and transportation.

The bridge connects San Francisco to the San Francisco peninsula in Marin County through both California State Route 1, and U.S. Route 101. Before the bridge was built, the only way to get from one location to the other was to go around the bay, or to take a ferry across. Construction of the bridge was controversial at the time. Many thought the project was simply too complex, expensive, and dangerous to build. The construction plan approved concentrated on safety for the workers who would be involved in the construction, and it worked well until February 17, 1937. Remarkably, only one worker had died up to that date, but on that date, a scaffolding collapsed killing 10 men in the tragic accident.

The bridge was completed later that year, and has been in use ever since. It is one of California’s great landmarks with people from all over the world drawn to see it.