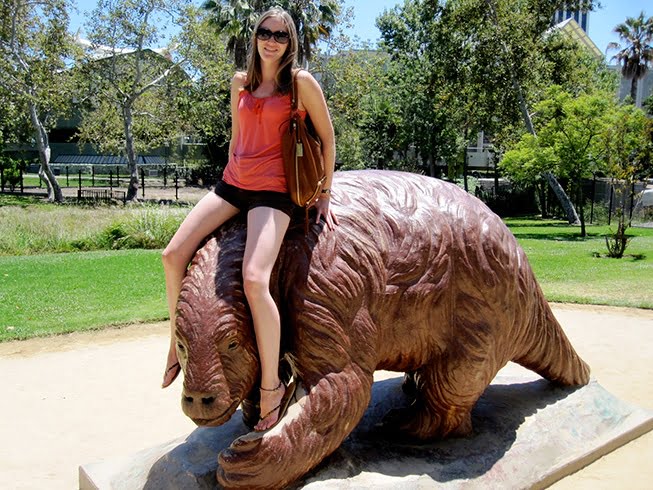 There is perhaps no other place on earth like the La Brea Tar Pits in Los Angeles, California. The tar pits are located on Wilshire Blvd in the heart of the city, and offer a snapshot into life in the city of L.A. 10,000 years ago. The George C. Page museum was built around the tar pits specifically to research the ancient attraction.

Located in the Hancock Park district of L.A., the tar pits are a continuous flow from deep inside the earth’s crust that frequently uncovers prehistoric animals that were caught in the tar. Many of these animals’ remains are on exhibit at the Page Museum, and excavation of new fossils is an ongoing process. The site is registered as a National Natural Landmark by the U.S. government.

In 2009, the Page Museum, which is part of L.A.’s Natural History Museum, announced the discovery of 16 fossil deposits in 2006 unearthed during the construction of an underground parking garage. A saber-toothed cat, six dire wolves, a bison, horses, giant sloth, and an American lion were among the animals discovered. A nearly complete mammoth was also unearthed at that time. The artifacts are now part of the Page Museum exhibit, and museum officials are certain there are more fossils to be found under the streets of L.A.

The museum is a major attraction to visitors to L.A., and is a primary science attraction for schools, clubs and other organizations interested in the past. It is a piece of living history that is in a constant state of change because of new discoveries. It is a good place to spend a leisurely afternoon in the City of Angels, which is open all year round.