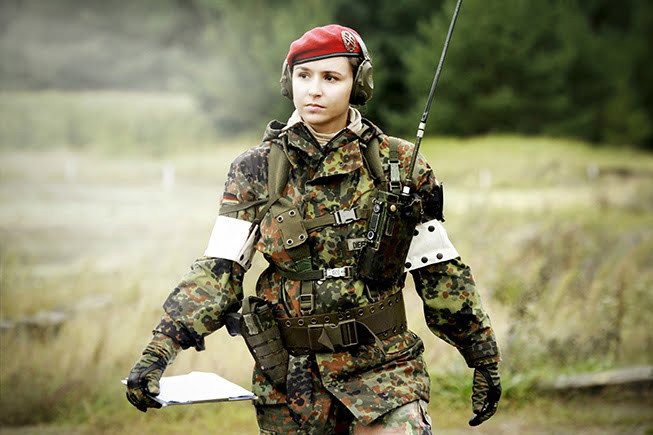 IELTS Writing: Should women be in the army?

In many countries, women join the army as men do. However, some people argue that the army solely needs males. What is your opinion?

Nowadays, women are claiming to own the same right as men due to their outstanding skills in the society. However, whether they would be encouraged to join the army remains a controversial issue. I agree with the view that regardless of many myths and misconceptions surrounding the subject, allowing women to join in the army will benefit the military.

Firstly, it is obvious that as all mankind is created equal, it is reasonable to say that women are also eligible to take part in the army. As long as they are to exercise as much as men, female also would be able to have the necessary body strength. Therefore there would be higher morale within the military because many women would finally be able to do what they have always wanted to do.

Moreover, as the modern war has far more relied on the information technologies, women can also obtain positions in the knowledge intensive areas. They now can easily be found in the telecommunication, computer engineering and mechanician fields, as well as traditional positions like nursing within the military in some countries. The military will indeed be suffering losses if these skilled female are absent from these posts.

That is not to say that female can easily go to the battlefield. This is mainly because the gender discrimination still exists in some nations where female are regularly excluded. These inequitable situations should be rectified first.

In sum, women have the right and abilities to participate in the army; meanwhile, what we need to do now is to offer opportunities to all the willing citizens. Only by doing so can we ensure that we can make our military a better and more productive place.

« The pollution of the River Thames IELTS Speaking: Using the phrasal verbs – part 1 »