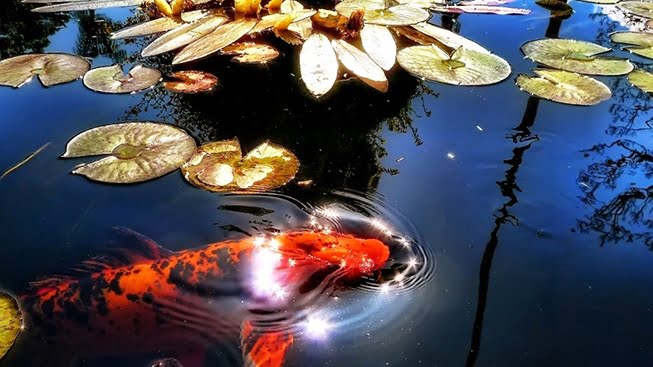 As for the interesting animal, I’d like to tell you about the koi fish which is very popular in China, Japan and other Asian countries. As far as I know, the koi fish is colourful variation of the common carp. Some of the major colours are white, black, red, yellow and cream, so they look particularly fantastic.

The koi are hearty fish. They can thrive in cold, fresh waters. And they are opportunistic fish, which means they eat a wide range of food, including insects, fish eggs, juvenile fish of other species and a diverse range of plants. What surprise me most is that the koi fish can live up to 70-year-old, as long as human.

Chinese people feed the koi fish for more than 1000 years. In China, they symbolise bringing good fortune and wealth, that is probably the reason why some many Chinese people like to keep them as pets at home in the tanks or ponds, especially the businessmen. Besides, I once saw a great number of koi fish in the lake of Olympic Forest Park in Beijing, being fed by children and old people. They are very aggressive as they would struggle in water to get the food. Besides, they are quite human-friendly, they even are not afraid of being touched by people in the water.