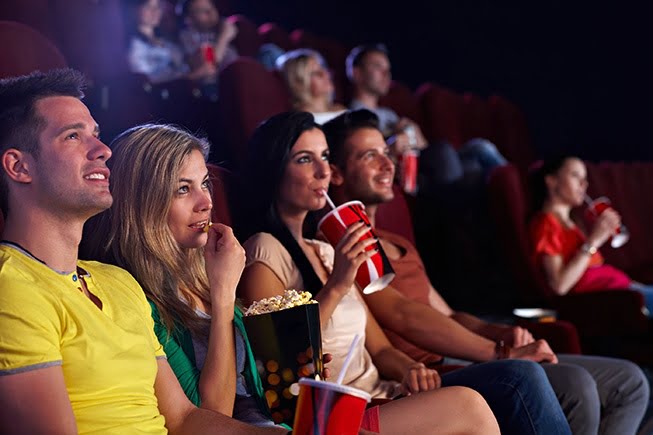 1. Do you like to watch films?
2. Do you prefer foreign films or Chinese films?
3. How often do you go to a cinema or watch a movie?
4. Do Chinese people like to go to a cinema to watch a film?
5. What kinds of movies do you like best?
6. What was the first film that you watched?

I’m really into watching films because some films are very entertaining and provoking. I sometimes go to cinema with my friends and family to enjoy our leisure time in the weekends.

Well, if I were to choose between the two, I will probably go with the foreign films, especially the Hollywood films because most of them are well-acted, with lots of charismatic celebrities and always are enormous box-office hit; whereas you know, the Chinese films are almost low-budget, so they are not as attractive as their American counterparts.

I go to cinema to watch movies from time to time. Normally if I’m not busy with my work, I’ll check out the movies to see whether there are any movies that attract me; but if I have lots of things on my hands, I’ll probably focus on my work.

It’s kind of hard to say but people that I know around me tend to like watching movies in the cinema, but maybe for others, they just prefer stay at home and watch TV programmes.

As for me, I like the drama films the best because sometimes they just tell simple but warm and heartfelt stories with provoking endings, which would touch on my deepest emotions.

The first film that I watched was the The Lion King many years ago in the cinema with my parents. What I can remember now is the terrific animation and the amazing soundtrack. I particularly liked the song Can You Feel the Love Tonight that I knew it was produced by Elton John later. And I’d learned lessons from this movies. It was about living up to our responsibilities, no matter how hard it is.