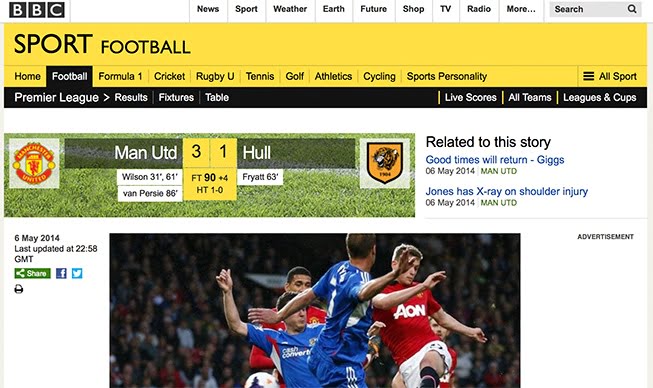 Words in the news: Cameo

But it was a night tinged with emotion as departing captain Nemanja Vidic made his farewell appearance as a first-half substitute, while 40-year-old Ryan Giggs enjoyed a late cameo with uncertainty surrounding his future as interim United manager.

Matty Fryatt pulled one back for the visitors, by which time United centre-back Phil Jones was already having X-rays on a shoulder injury suffered in a first-half collision with Maynor Figueroa, only for Robin van Persie to have the final word.

It was a tradition under Sir Alex Ferguson that if there was little to play for in the final home game of the season he would blood some kids.

Giggs followed the example, handing 20-year-old Welshman Tom Lawrence a chance in addition to Wilson, the Biddulph-born forward who has earned rave reviews for the reserve team this season.

And it was the teenager who provided the clear highlight of the opening period.

Finding space inside the box as Adnan Januzaj sent over a free-kick from the left, Wilson swivelled neatly before sending the ball past Eldin Jakupovic with an excellent first-time finish.

Cameo is a small part in a film/movie or play for a famous actor.

1. I just saw her on HBO last night. She had a cameo role in an action-thriller, but I forget the name of the film.

2. Victoria Beckham was offered a cameo role but had to turn it down due to scheduling conflicts with Spice Girls tour rehearsals.