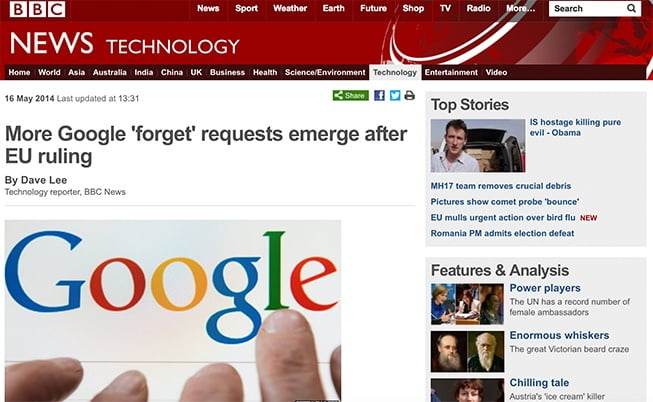 Words in the news: Flurry

A man who tried to kill his family is among the latest to request removal of search results from Google.

A European court this week ruled that an individual could force the removal of some search results.

The BBC has learned that more than half of requests sent to Google from UK individuals involved convicted criminals.

A business has also sought for links to negative reviews on a forum to be removed.

As the European Court of Justice made its ruling on Tuesday, many speculated that a flurry of similar requests would come Google’s way.

On Thursday it emerged an ex-politician seeking re-election has asked to have links to an article about his behaviour in office removed.

A man convicted of possessing child abuse images had also requested links to pages about his conviction to be wiped.

Flurry is an occasion when there is a lot of activity, interest, excitement, etc. within a short period of time.

1. There was a flurry of excitement in the vestibule.

2. Her arrival caused a flurry of excitement.