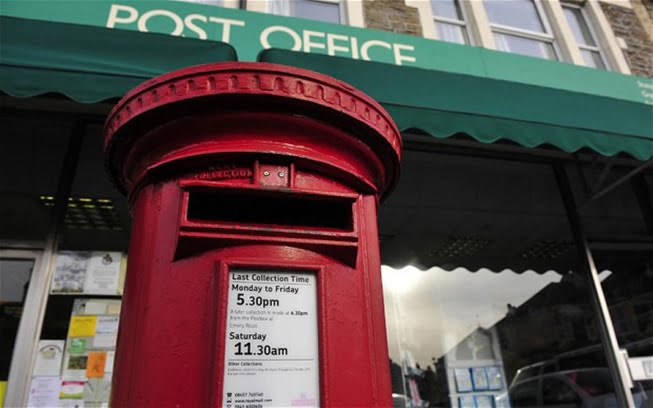 Recent statistics have revealed that the vast majority of rural post offices in England are not making enough money. The government is now under tremendous pressure to make some tough decisions. There is also a concern that thousands of pensioners living in many rural areas of England could face total isolation if their local post office closes because it is considered a lifeline in the absence of other services.

There is no doubt that a post office is needed in every community. It offers both convenience and reliability for people to pay their bills. It not only allows people to post letters but also let them catch up with local goings on. To me, it will be an absolute disgrace if people have to travel miles merely to pay bills. The internet is not always the best way to do things either as online identity theft has been increasingly common these days.

Some may argue that if there is decline is local post office usage, perhaps it’s because they can’t provide the services of the same standard they used to in the past. The government has historically been very supportive of the Post Office because it ensured that people, regardless of where they lived, were able to obtain necessary licences or permits and freely send letters and packages.

The current situation, however, demonstrates the failure of this government to take up its responsibilities to the people. They instead prefer to use economy to justify their actions, but are happy to waste a lot of money on crazy policies and unnecessary bureaucracies.

I always fail to comprehend why the government loves throwing money at things that are neither profitable nor useful. Whatever objection it may have, the Post Office has traditionally been a friendly and welcoming place where people can go and easily get things done. Much to the disgust of many, this will understandably be replaced by another powerful corporation which has an awful track record but is a big political party donor.

There are countless reasons why post offices should certainly be supported by the government. For instance, people in rural areas get little or sometimes no public transport, so the absence of post offices will surely make their lives even more difficult. I’ve myself stayed in both rural and urban areas and it was in fact relatively easier to post letters in the village believe it or not.

Many people, including myself, also cannot understand why the post offices are being targeted purely because they are making a loss. If that really were the case, the rail system and other public transport would be gone by now. This could easily give a wrong impression that people in urban areas, where all sorts of facilities are available to them 24/7, believe that rural people should be denied all facilities.

I genuinely believe that rural post offices should definitely be assisted. More and more of us are being pushed to live in suburban areas and as such have to use cars to do things. Nonetheless, there will always be a need to live in communities with convenient local services too.

Listen to BBC's view on love
Keeping a diary for your health
Bilingual is better
Hello world!
Ira Glass on Storytelling